- July 29, 2019
Lord Venkateswara Swamy is known by different names like Govinda, Srinivasa, Venkataramana and many more. But interestingly He became popular with the name 'Balaji' in the Northern and Western India. People from the states of Rajasthan, Gujarat, Maharashtra and other northern states call Lord Venkateswara as Balaji. 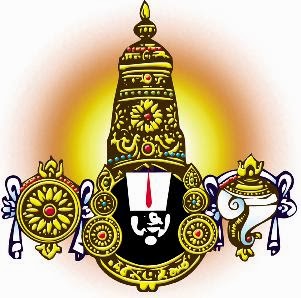 Hathiram Baba was an ardent devotee of Sri Maha Vishnu from his childhood. He had a strong desire to see Lord Vishnu. He came to know that Lord Vishnu has incarnated as Lord Venkateswara and is presided in Tirumala. In view of seeing Lord Venkateswara in live form, the Baba came all the way from Rajasthan (North India) to Tirumala.

Saint Ramanuja - the founder of Visishta Advaita philosophy - initiated for 'Abhishekam' (holy bath) to Lord Venkateswara on Fridays with the waters brought from Akasa Ganga waterfalls. Once during his visit to Tirumala, when Ramanuja was performing 'abhishekam' to the Lord on a Friday, the white part of the namam on His forehead got washed away.

and only the red part of the namam remained on His forehead between the eyebrows. 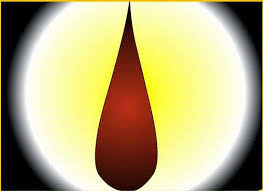 This is the typical 'tilakam' adorned by the women of staunch Vaishnavas.

Seeing only the red tilakam on the forehead of the Lord, Ramanuja was mesmerized at the beauty of the black stone idol. He thought that it is Lord Venkateswara's desire to appear again in Mohini Avatar (i.e Sri Maha Vishnu incarnates in the form of a beautiful woman) to please and bless His devotees. From then onwards, Lord Venkateswara is also worshiped in Mohini Avataram with sari draped to the idol on specific days of the week and also during Brahmotsavam.

When people from the Northern / Western states started visiting the temple and seen this special dress-up of Lord Venkateswara, they started calling Him Balaji. The Sanskrit / Hindi word 'bala' means woman.