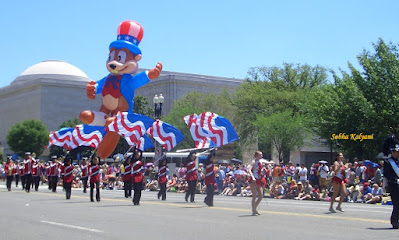 During our visit to Washington D.C, we got the opportunity of watching the parade live. It was a hot summer day and we were exhausted with long walks. We were at the venue 11.30 a.m. As we were walking down the roads, we could see the participants from various countries. 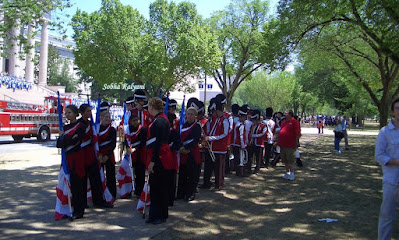 and the invited participating bands getting ready for the parade. 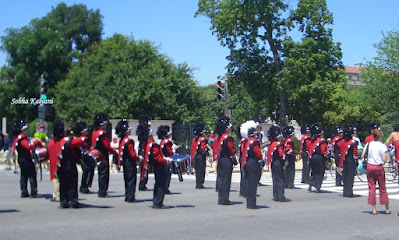 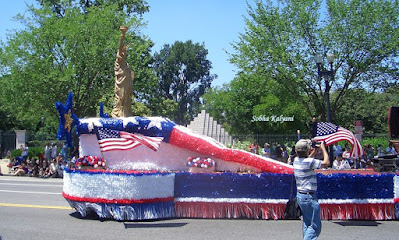 We sat at a place at the ending point as it is less crowded here than the starting point. There is scorching heat which reminded me of peak summer in India. Most of the spectators sat under shade. 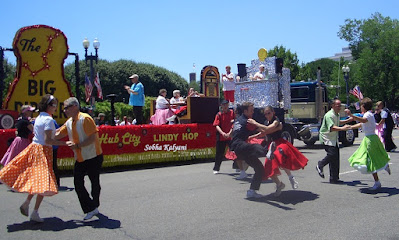 The parade began on time and we were enjoying the parade and were engrossed in taking pics and taking video. 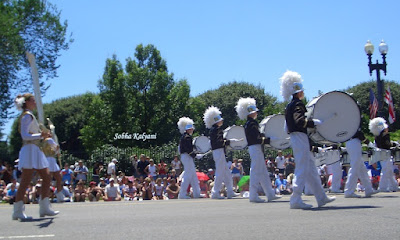 There were screams, shouts and applause from the crowd as the parade marched ahead. 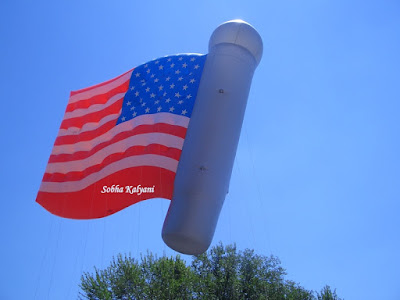 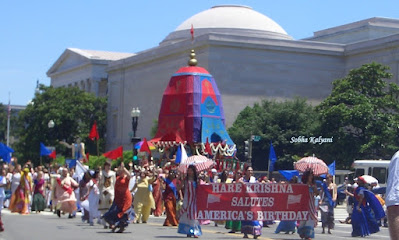 The parade is a major event of America's Independence celebrations and as this takes place in open in the scorching summer, you need to take necessary precautions to beat the heat and protect yourself from extreme heat.

Another major event of the day is the display of spectacular fireworks over the Capitol building. This is one of the largest and grandest fireworks display of the country which is watched and enjoyed by thousands and thousands of visitors with huge applause.

Though I loved watching the parade but as an Indian I strongly feel that our own Republic Day Parade at New Delhi is more enjoyable and gorgeous which arouses the true spirit of patriotism in every Indian.

On the next day of our tour, we went on a guided tour to Capitol Building which is worth a visit.
Tourist Places U.S.A Washington D.C