Khandagiri and Udayagiri caves in Bhubaneswar, Odisha are one of the most visited tourist destinations in the Golden Triangle of Odisha and is heavily crowded with tourists through out the year. 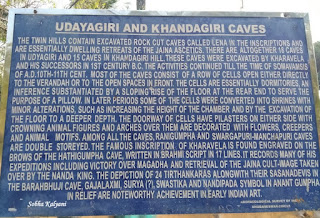 Khandagiri Udayagiri caves are in Khandagiri, close to Bhubaneswar. These are the twin hills on either side of the main road, facing one another. There is a small ticket counter at the entrance of Udayagiri. To reach the rock cut caves, tourists need to climb the rocky steps of Khandagiri. They can move around from one cave to the other, appreciating the ancient artisans who molded the rocks / boulders into wonderful structures that has become an important tourist attraction in the present age. 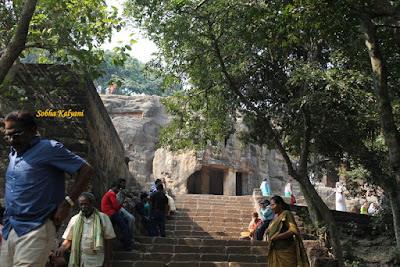 Tourists from other states / foreign tourist have to comprise with the cleanliness. There are rows of shops and local vendors on either side of the main road. Local tourists and vendors are not much aware of the use of trash / dust bins. Hope the govt of Odisha will take extra measures for the upkeep / maintenance of these ancient rocky wonders which is one of the main tourist attractions of Bhubaneswar.

The man-made rock-cut caves of Khandagiri and Udayagiri consist of rows of cells / rooms with pillars. The openings of these cells are sculpted with animal and human figures. 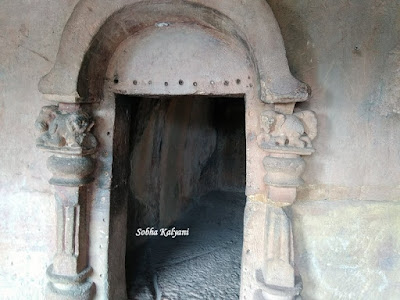 These were mainly made as shelters / resting places / dormitories(for sleeping) for the Jain monks who used to visit the place in B.C.E (Before Current Era). 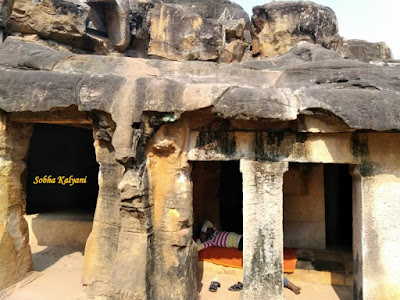 There are 15 caves in Khandagiri hills and 18 caves in Udayagiri hills. These caves are called 'Gumphas' in local language. The word 'gumpha' is derived from the Hindi word 'Gupha' which means cave. 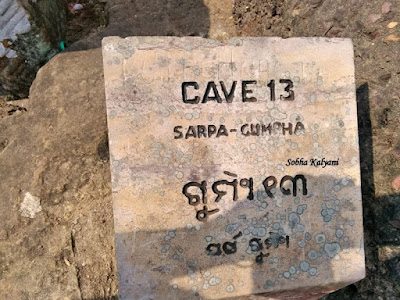 The number and name of the cave / 'gumpha' is engraved on a stone in front of each of the cave. There are even double storeyed rock-cut caves in Khandagiri and Udayagiri with rocky steps. 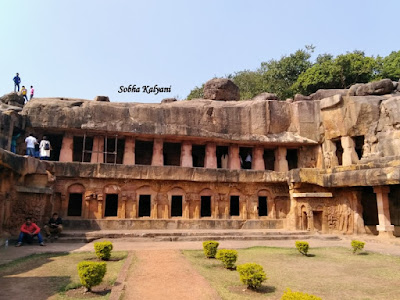 These ancient monastic rock-cut caves remained undiscovered / unknown till these were excavated by King Kharavela of the Chedi Dynasty who ruled Kalinga Desa (present Odisha), in 1st Century B.C.E. Probably these were the earliest Jain caves that were excavated in India. The excavation of these caves continued by Kharavela's successors till the time of Somavamsis of 10th - 11th Century C.E (Current Era).

The famous Hathigumpha inscriptions by Kharvela written in Brahmi Lipi, are the earliest records of the Jain caves. 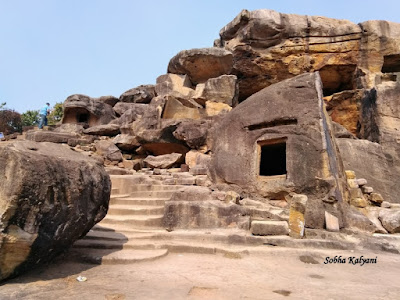 Tourists who visit this place on a sunny day (even in winter), feel totally exhausted climbing up and down the rocks. Enthusiastic tourists keep moving from one cave to the other, clicking pics. There is a newly constructed Jain temple atop Khandagiri Hill. Those who wish, can visit the temple otherwise no need to climb the steep steps to reach the temple.

A view of the temple clicked from Udayagiri Hill. A closer look on the walls of the rocky caves reveal the incredible carving of Mahavir Jain in different postures. And of various Hindu gods / goddesses. 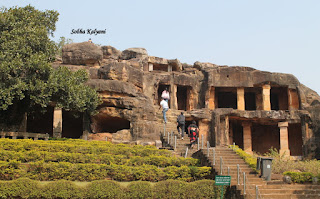 Finally, its a great experience exploring the ancient caves of the bygone days. But beware, there are too many langurs on these hills. 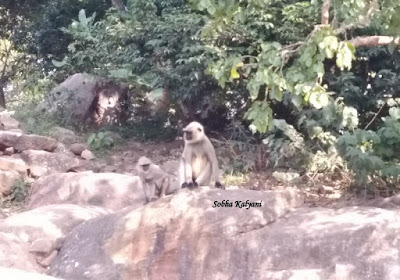 It is better to engage a cab to and fro from Bhubaneswar. There is network problem in this region and you find it very difficult to book an ola or uber cab from here.
Bhubneswar Heritage Sites Odisha Tourist Places