- December 29, 2018
During our stay in Chicago, we experienced snowfall on January 31st, 2011 in Chicago, Illinois. I thought it was a normal snowfall. But there was an alert in the news channels that there will be snowstorm / blizzard in the East and mid-west region.

The snowfall got worsened on February 1st, 2011 and it was terrible with nearly zero visibility. All the offices were closed and we were just confined to our home watching news continuously to keep ourselves updated with the weather condition. 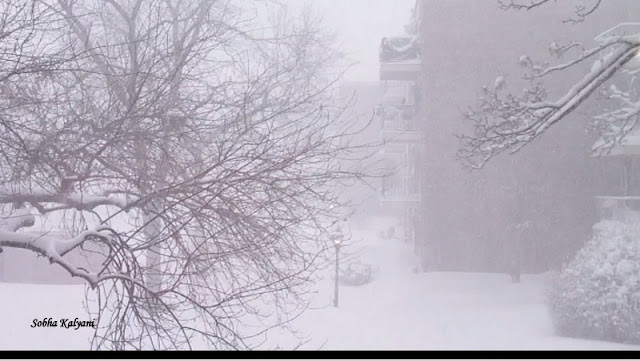 There was continuous snowfall for the whole day and we couldn't do anything except for watching the heavy snowstorm from the glass door of the french door of the flat in the 2nd floor. 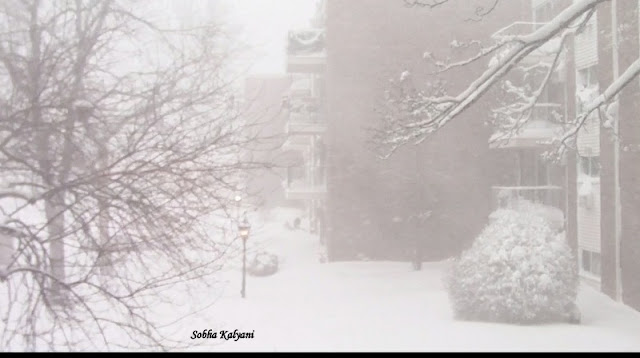 Most of the people stocked up eatables and other essentials a day or two, before the forecast of the snowstorm. Being a South Indian, I always wished to see / experiencing snowfall at least once in my life. I not only experienced snowfall but also had a terrible experience of snowstorm.

After continuous snowfall, it was shown in the news channel that there was 20.2 inches and we came to know that it was one of the worst snowstorms in Chicago. The next day, the maintenance staff of the community shoveled snow to clear the walkways. 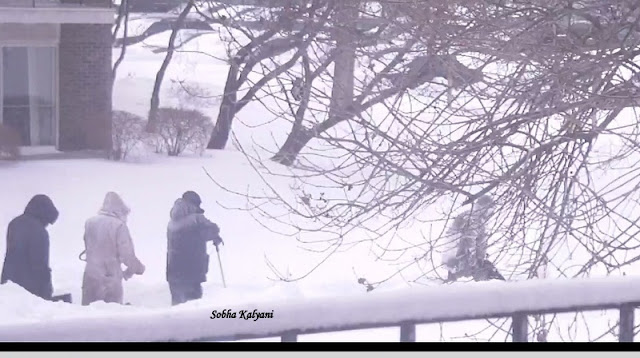 Though the intensity of snowstorm and continuity of snowfall reduced, there was snow all around and it gave the appearance of Arctic Circle. For a while, I felt as if I am on the moon with whiteness all around. 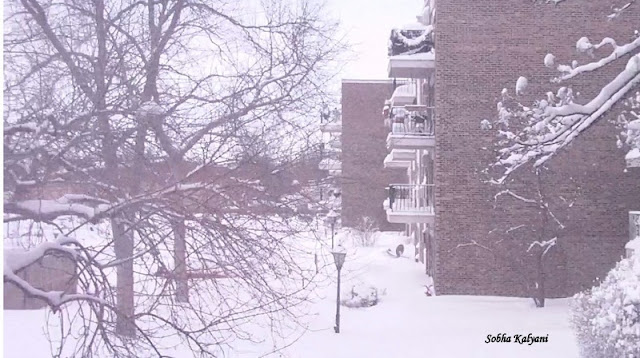 The thick snow accumulated in the balcony of the flat looked like a thick mattress. 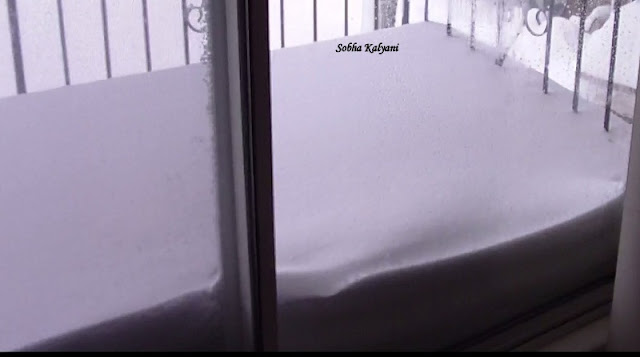 And finally on the 3rd day (so far I could remember), the sky looked blue and clear. And there was thick coat of accumulated snow all around, on the trees and in the balconies. 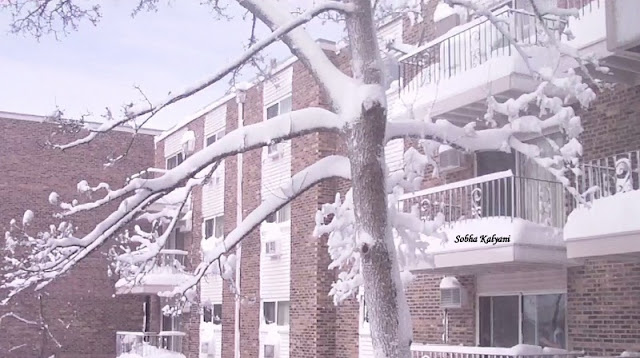 As the weather slowly turned sunny, I could see few enthusiastic Indians playing with the snow and making snow man. I just couldn't stop laughing on seeing one of the snow women (not man) made by one of the Indian family in the community. They put red sindoor to the snow woman, put some fancy jewelry and spread a red color 'odhni' (ghungat) on it. Really that snow woman looked so funny.

You can watch the below video which I took from the french door of the flat in the 2nd floor.