It was a sudden official trip and there was no time to plan for the trip. There were hardly few days left for the travel and the very thought of flying in an international flight for the first time was too exciting. Due to shortage of time, we did quick shopping for our travel and bought few essential things like ready-to-eat packets, snack items etc.

After checking-in the baggage we were seated at the specified gate. There was droning sounds of the flights and there were big international flights of different airlines. 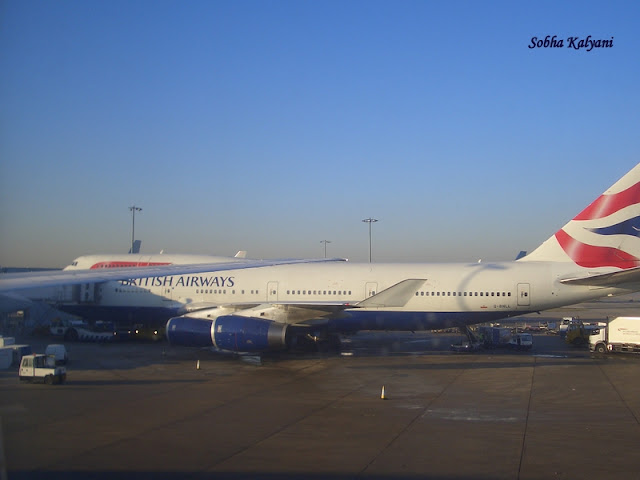 After the flight announcement was made, the passengers started boarding the flight in lines walking all the way through the aero bridge.

The passengers were being welcomed with a smile by the air hostesses. On stepping inside the flight, it was cool and there was some kind of sound inside. The passengers were busy keeping their hand baggage inside the cabins and then easing out in their seats. Unlike the domestic flights, the international flights are very big with rows of seats. I felt lucky as I got the window seat but it was night time, so felt a bit disappointed. There was in-flight entertainment with seat-back screens. The flight was almost full and the doors were closed. It was time for the flight to depart from the airport.

The stewardesses sprayed, aerosol / some disinfectant inside the flight. The other cabin crew was ready to demonstrate pre-flight safety instructions. Passengers travelling for the first time in an international flight were keenly observing every minute thing that was being demonstrated while others were just relaxing.

The flight had already started and there was high droning sound. It was strange feeling while the flight was running with tremendous speed on the runaway. I was watching outside the window and could see / feel the take-off of the flight. For a moment, I felt sudden nervousness and like most of the Hindus, I started chanting Hanuman Chalisa as He is known for His successfully trans-oceanic flight.

That was a fantastic experience! The ground and the buildings were gradually getting smaller and smaller as the flight was moving higher and higher. After some time the flight was high up in the sky and nothing was visible from the window except for darkness. It was already late night and the stewardesses were moving around supplying food and drinks to the passengers. After having food and taking a nap, I got up and peeped through the window and was amazed to see the clouds below. 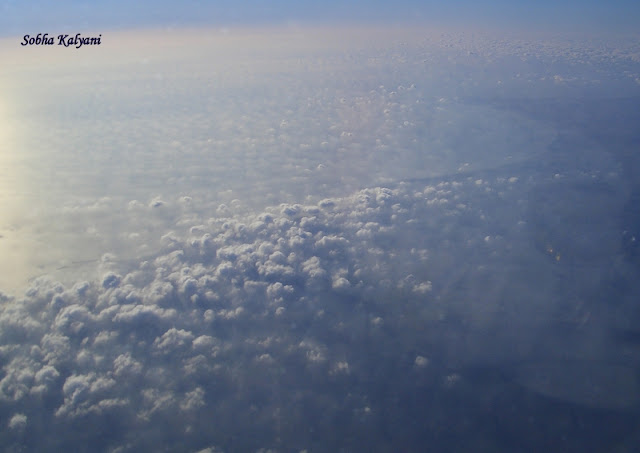 The time zone has changed and I was in complete darkness about the time zone change. So no idea about the local time. We had a refreshing hot cup of coffee with bread. After a while there was flight

There was announcement about the landing of flight in Heathrow airport, London. I was just wondering how fast the time had passed. The passengers started tying up their seat belts and the cabin crew was busy with the pack up. The flight slowly came down and landed smoothly though swiftly in the airport and once again there was a droning sound of the flight.

The flight came to a halt and all the passengers walked out in lines with their baggage. The weather was too cold and chill as it was the month of November. The temperature outside in London was around 8 degrees and I was shivering with cold though I had my woolen jacket.

So, that was my first international flight experience. It was an amazing and wonderful experience which is unforgettable. It's still alive in my memories.
General London