Our Visit To Omkareshwara Temple, Madikeri

- August 09, 2018
Madikeri aka Mercara is one of the beautiful hill stations located in the Coorg / Kodagu district of Karnataka. The hill station is in the lap of Mother Nature in the Western ghats of Karnataka and is popularly known as the 'Scotland of India'.

As I was strolling down the memory lane, I recollected our (self and husband) visit to Madikeri in May 2008. We took flight from Hyderabad to Bengaluru and then from Bengaluru we took the State Road Transport bus to reach Madikeri. We reached this beautiful, cool and serene hill station at around 7 p.m and I was really surprised and of course enjoyed the cool unpolluted breeze in May and wondered how hot it would be in other parts of the country!

We straightaway headed to our pre-booked home stay where we had a real home-like atmosphere. As it was already night, we had light supper and had a night stroll in the pleasant weather. It was very soothing and there was much peace of mind in this place which is far far away from the maddening crowd.

The next day early morning we were awakened by the melodious chirping of birds. I stood in the balcony of the home stay and lost myself for a while with the soothe of Mother Nature. 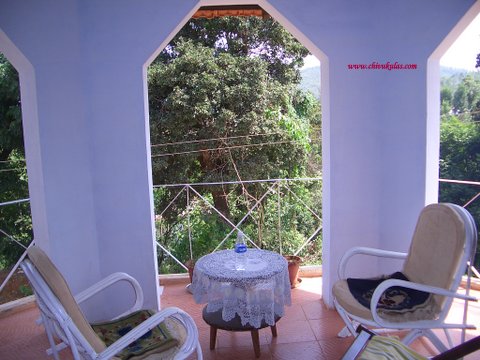 We then went on a morning walk, had a steaming hot cup of Coorg coffee in a small roadside dhaba. After completing our morning chores, we started our day with a visit to Omkareshwara temple to offer our morning prayers to Lord Shiva who is the main deity of the temple.

Omkareshwara temple is one of the Hindu temples of the local deity Omkareshwara - one of the names of Lord Shiva. This is a Shiva temple that was constructed in the 19th century. This is unique in its structure and attracts good number of tourists. 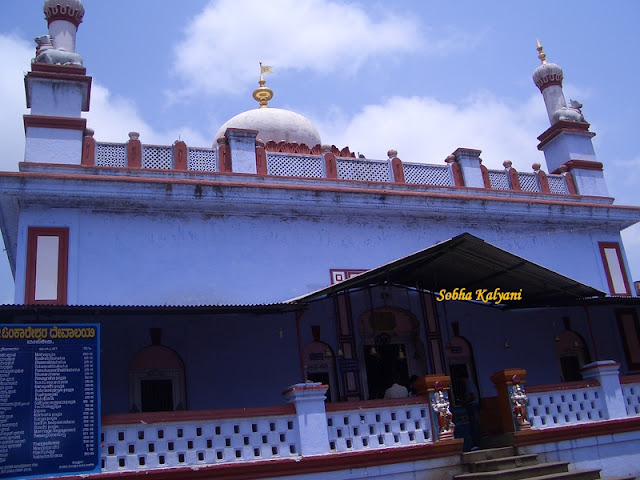 The moment visitors step into the premises, they will be awed on seeing the architecture. Though this is a Hindu temple, it is built in a typical Islamic style. It is mentioned that the temple is a fine blend of Gothic style of architecture and traditional Islamic Dome with four minarets in the four corners of the temple.

History says that Lingarajendra II who was a Kodagu ruler in the early 19th century, constructed the temple in 1820 CE (Current Era). There is a story related to the temple which states that the King killed an innocent Brahmin who happen to oppose the misdeeds of the King. After death, the innocent Brahmin turned into a revengeful spirit and started troubling the King.

The troubled King consulted learned / wise men of his kingdom to get rid of the revengeful spirit. As per their advise, the King brought special Lingam from Kasi (Varanasi) and installed it in the place where he killed the Brahmin. It is said that the spirit stopped troubling him. The Shivalingam is worshiped as Omkareshwara.

The temple remains open for devotees from 6.30 a.m to 12 noon and from 5 p.m to 8 p.m. There is a pushkarini i.e temple water tank with a mandapam at the middle of the tank.

It was really a good experience to visit such a unique temple structure which represents a perfect example of communal harmony.

After spending some time in the temple, we took a cab and went to Abbi Falls aka Abbey Falls which is one of the top tourist attractions of the place. It was afternoon by the time we returned to the home stay. After an afternoon sleep, we proceeded to the most popular tourist attraction of the place - The Raja's Seat where spent a pleasant summer evening watching the beauty of Mother Nature who was at her best.

There is no dearth for exploring the treasures of Mother Nature in this small yet beautiful, clean and serene hill station which has good number of the interesting places to visit.
Divine Destinations Karnataka Madikeri Tourist Places