- December 06, 2015
We were awestruck on watching the wonderful dance performance of Surabhi Bharadwaj in the Nadaneerajanam conducted by TTD (Tirumala Tirupati Devasthanams). The best of her performances was the snake dance to the tunes of an old Tamil song 'Adu Pambe Vilayai Adu Pambe'. That was a spell bounding performance of the seasoned Bharatanatyam dancer - Surabhi Bharadwaj. 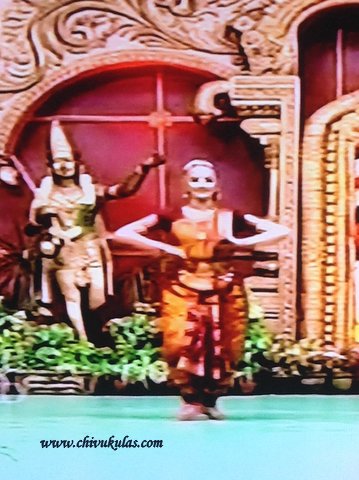 We were wowed on watching her dance performance and equally wowed on seeing her versatility and her areas of interest that has prompted us to write this article on this season / versatile artist. With her splendid dance performances and versatility, she got applause across the globe. 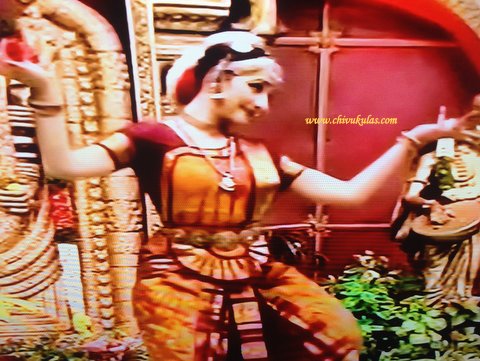 Surabhi Bharadwaj's dance performances are elegant and graceful with classical postures. She is flexible and energetic while dancing Bharatanatyam and performed difficult yogic postures / snake movements with ease and comfort. This shows her love for performing arts. 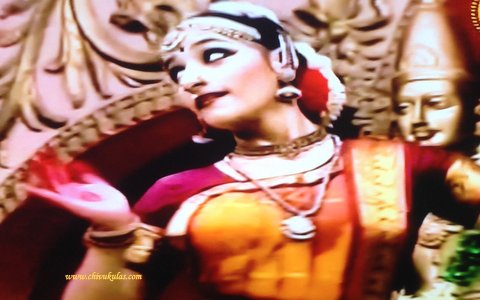 Surabhi Bharadwaj is from the industrial city of Tumkur, Karnataka. She learnt Bharatanatyam in Pandanallur tradition (attributed by Guru Minakshisundaram Pillai from the village Pandanallur in the Thanjavur dist of Tamil Nadu) from Natyasri K.M.Raman. She then got trained from Karnataka Kalathilaka Smt. Radha Sridhar and Karnataka Kalasri B.Bhanumati. She also learnt Karanas (Hindu Natya Sastra comprises of 108 key transitions or doings which are known as Karanas) of Bharatanatyam from Smt. Nirupama Rajendra. In view of strengthening her talent, she even learnt Carnatic vocal, Kalaripayattu and Yoga. Currently she is learning ballet and contemporary dance. 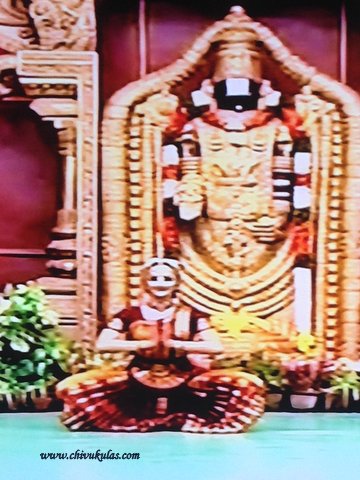 She has done her M.F.A (Master of Fine Arts) from Sastra University, Thanjavaur in 2014 under Dr. Padma Subramanyam. She has done her Bachelor's degree in Biotechnology and advanced diploma in Genetic Engineering from Jain University.

With an aim to encourage the young talent to take up to classical / performing arts / classical dances, she started Sri Vidya Institute of Performing Arts in Bengaluru (Bangalore). Surabhi Bharadwaj is also a B grade artist in Doordarshan. She has to her credit, several solo performances at prestigious dance festivals in India and the U.S. 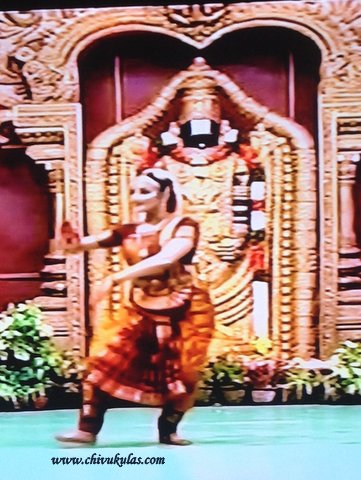 She was conferred with the title 'Arsha Kala Chudamani' for her dance contributions. However, she has diverse interests and she is not only a seasoned Bharatanatyam artist but she also took to modelling, acting and choreography.

She participated in NCC Republic Day camp at New Delhi in 2005. She is even a state level player of shot put and is a long distance runner. Besides being a dancer and a player / athlete, she even took to modelling and acting out of interest. She is in the lead role in EON Hyundai TVC advt and in the short film named 'Maafinama'

To add a point, I happen to visit her G+ profile for researching on the topic and I was much attracted with her marriage photos. In spite of being a celebrity, the traditional way of celebration is worth appreciation ,in particular, food served in plantain leaves, Holy Tulasi plant in the mid of the house and other such minute things which reflect our rich tradition.
General