- March 01, 2020
The imposing Medak Cathedral in Telangana is one of its kind that is built in Gothic style with stained glass windows. It is one of the major tourist attractions of the city and is the most visited church in South India. The church is built by Charles Walker Fasnet and was consecrated on December 25, 1924. 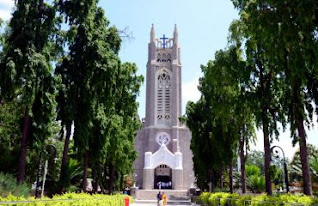 Medak is a small town in the Medak district of Telangana. It is at a distance of about 100 Km from Hyderabad. For a long period Medak was under Kakatiya rulers and was popular as Siddapur Medak. However, over a period of time Siddapur lost its usage.

During the British rule in India, Methodist Christian Rev. Charles Walker Posnett undertook the construction of the Cathedral. He was driven by the motto 'My best for my Lord'. It was during World War I time when construction of the Cathedral was taking place, there was a severe drought / famine in Medak region. And there was difficulty in getting the work done by the workers. At this time Rev Charles Walker Posnett set up 'Food for Work'. He engaged workers from the nearby villages and in return gave them food.

Gradually people from the nearby villages started moving for the construction work so that they can get food in exchange of their work. Thus they started calling the town of Siddapur as
Medukulu (actually methukulu) which means rice grains in Telugu language. Eventually the town of Siddapur came to be known as Medukulu and then transformed to Medak - the present name.

Medak Cathedral - The Second Largest Diocese of the World

The Medak Cathedral Church is the single largest diocese in the Asian continent and second largest in the world next to Vatican city. The magnificent church is a priceless heritage. It is spread into five revenue districts of Telangana viz. Medak, Hyderabad, Ranga Reddy, Nizamabad and Adilabad.

It is the seat of Bishop for the Churches of South India. Frank Whittaker was the first Bishop of the diocese. Presently the church is headed by the successors of Whittaker. The diocese of Medak is an autonomous body and is democratic by nature. This is one of the 22 dioceses of the Anglican Church of South India and is under the supervision of a Bishop.

Timings:
The Cathedral is open daily from 7 a.m to 6 p.m for the public to visit and for silent prayer.

1. Hyderabad RGIA is the nearest airport. Medak is at a distance of 146 Km from Hyderabad.

2. There is no Railway Station in Medak. Akkannapet, at distance of 19.1 Km, is the nearest RS. Kamareddy RS is at a distance of 60 Km.

3. There are frequent TSRTC (Telangana State Road Transport Corporation) buses from all the major cities / towns. 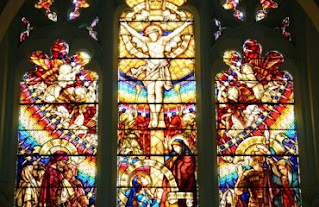 The Cathedral complex is spread on more than 300 acres of land which can accommodate 5000 people at a time. It is a monumental piece of architecture in Gothic style with a European style. The ceiling of the church is sound-proof.The Cathedral is 200 ft long and 100 ft wide. The flooring is made of decorative mosaic tiles imported from Britain. The bell tower of the Cathedral is 175 ft high and is visible from a great distance. The church bells can be heard from a great distance. Pilgrims from across the globe visit the church during celebrations / festive occasions like Easter, Christmas and New Year Day.

The ambiance inside the church premises is very peaceful and serene. There are many institutions inside the church building that are run by the Cathedral. These include a B.Ed college, a junion college, an old age home, a hospital and separate hostels for boys and girls.

The Cathedral is not just a religious place but is one of the top tourist attractions of Telangana.