London Diaries - A Day At The Tower Bridge Of London

- March 05, 2019
As a series of posts of my travel memories, I am recollecting our visit to the world class city of London in November 2007.

During our short stay in London in November 2007, we witnessed the Changing of Guard at the Buckingham Palace on a weekend. After strolling around for a while we went to Westminister Abbey to look at the Big Ben of London i.e. the Clock Tower. We walked here on the cold sunny roads for sometime and refreshed with a hot sip of tea and snacks. 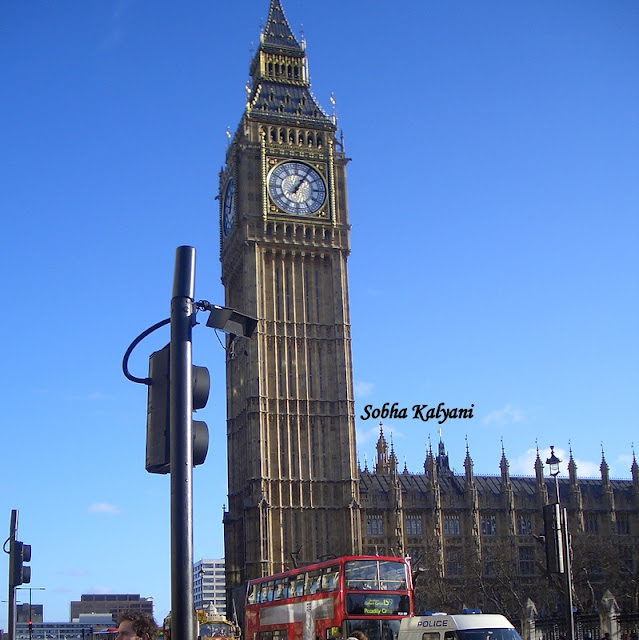 Elizabeth Tower popularly known as London's Big Ben in the House of Parliament is one of the iconic structures of the city and is one of the top tourist attractions of London. Big Ben is the name of the massive bell inside the Clock Tower that weighs more than 13 tons.

From this place we proceeded to the Tower Bridge which is popularly known as the London Bridge. By the time we reached the place, the weather gradually turned cloudy. The imposing structure of London Bridge on a cloudy day looked awesome. 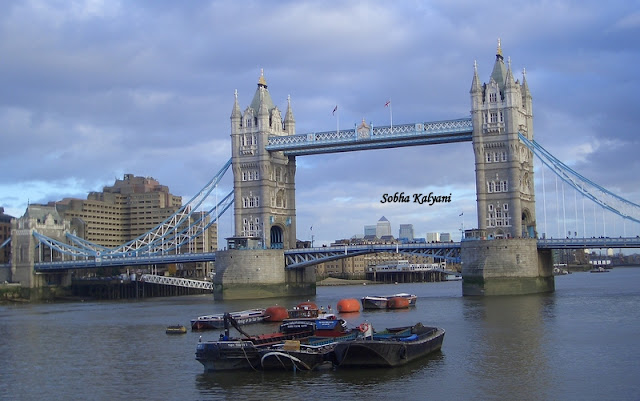 On seeing the magnificent iconic structure of London Bridge gracefully standing on River Thames, the nursery rhymes "London Bridge is falling down", instantly flashed in my mind.

There is a building close to the Tower Bridge which looked unique. 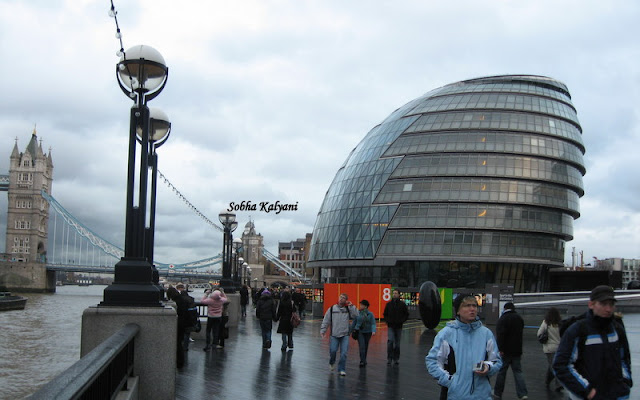 As we moved around at this beautiful place taking few quick snaps, it started drizzling, a typical weather of London.

Tower Bridge of London popularly known as London Bridge was built on River Thames over 120 years back. The giant movable roadways lift up when the ships pass. This road bridge of London is similar to the Pamban Rail Bridge in Rameswaram,Tamil Nadu.

After spending some time at this place we got inside one of the buildings, couldn't recollect the name of the building, and had a spectacular view of the Tower Bridge on River Thames from a height. After enjoying the view of River Thames and London Bridge from a height, we got down and walked towards the steps to walk on the Tower Bridge. By the time it was gradually turning dark. We walked on the road of Tower Bridge and went to the nearby tube station to get the tube bound to Kilburn tube station. 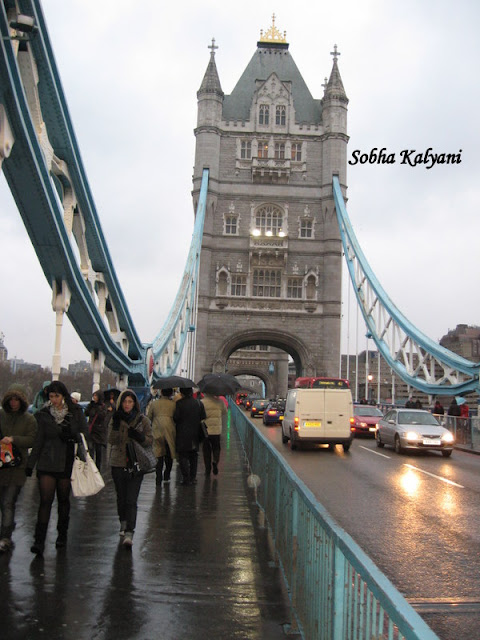 After a spending hectic yet enjoyable day, we got back to our room and had a sound sleep as we were damn tired with all those long walks.

The next day we planned a visit to yet another top attractions of London - The London Eye and had a thrilling view of River Thames, London Bridge, House of Parliament and Big Ben from the top.

It is more than a decade ago we visited this world class city yet the cherished memories of our visit are fresh in my mind.
Europe London Tourist Places