- February 20, 2019
It was a family trip of four members (two couples) from Vijayawada, Andhra Pradesh to Kerala (God's Own Country) and Tamil Nadu. Our journey started from Vijayawada on January 20, 2019 covering the places of Thiruvananthapuram, Kanyakumari, Madurai and Rameswaram.

We reached Thiruvananthapuram in the morning and after refreshing we made our way to Sri Anantha Padmanabha Swamy temple - one of the wealthiest and one of the most famous Hindu temples.

Thiruvananthapuram (old name Trivandrum) is the capital city of Kerala - a south Indian state in the west coast. It was also the capital of the Kings of Travancore. The city got its name after the famous Anantha Padmanaha Swamy temple.

Devotees have the darshan of the three different parts (head, middle part and feet) of the mesmerizing idol of Anantha Padmanaha Swamy from 3 main doors.

After getting ourselves recharged with the divine vibes we straightway went on a road trip to Kanyakumari . On the way we relaxed for a while on the sands of the popular Kovalam Beach enjoying the sea view. The internationally renowned three crescent shaped beaches of Kovalam need no description.

After a joyous ride along the west coast we reached the pre-booked resorts in Kanyakumari in the evening. We refreshed ourselves, visited Kanyakumari temple and then spent some time at Sunset point watching the rolling waves of the massive Indian Ocean smashing the rocks. Unfortunately we couldn't watch the sunset in the Arabian Sea due to foggy weather.

It was night and we were back to our resort and as we were damn tired due to a busy day, we had a sound sleep.

We couldn't watch the sunrise as well due to continued foggy weather. We directly went to Vivekananda Rock Memorial and Thiruvallur Statue where we spent some time watching the panoramic view of Kanyakumari, the two seas and the mighty ocean and of course cracking jokes.
From here we proceeded to Suchindram Temple which is one of the famous tourist attractions of Kanyakumari.

Suchindram Anjaneyar temple is a 17th century temple. There is a gigantic standing statue of Anjaneya (Hanuman) carved from a single granite stone. The temple is dedicated to Trimurti (the Holy Trinity) i.e Brahma, Vishnu and Maheshwara. According to legends, once Indira (the god of heaven) was cursed by Gautama Rishi. Indira prayed Trimurti at this place (known as Gyanaranya in the ancient times) and got freed from the curse. As Indira got rid of the curse (became 'suchi' i.e. purified), the place got the name Suchi-Indra which later got the name Suchindram.

On our way back to the resorts we visited Mayapuri Wax Museum and clicked few pics and also with our Big B. 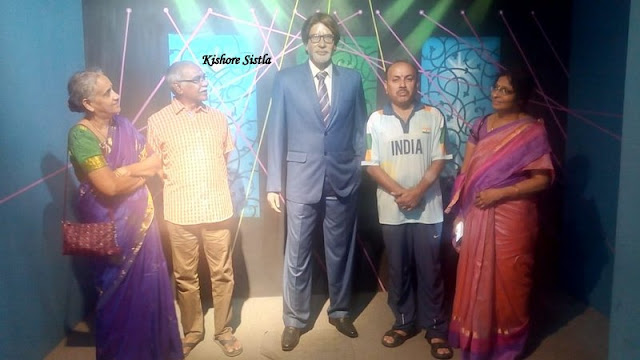 The depth defying 3 D paintings at Mayapuri are awesome which look realistic and offer fun as well. We then proceeded to Mathur Aqueduct Bridge which has become a popular tourist attraction near Kanyakumari in the recent times. From here one can have a beautiful panoramic view of the vast expanse of greenery of Mahendragiri Hills of the Western Ghats. 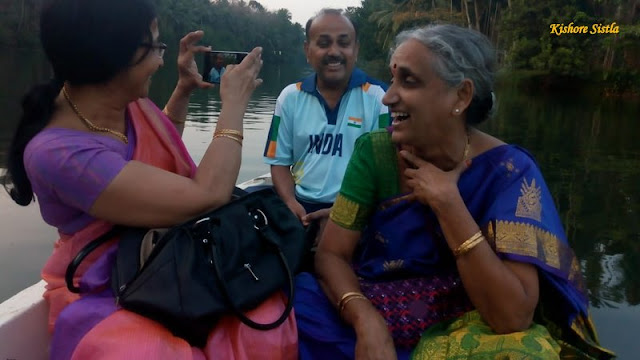 Here we enjoyed a boat ride on River Kothai and proceeded to Thirparappu Waterfalls which was mind-blowing. This is one of the must-visit places in Kanyakumari district. 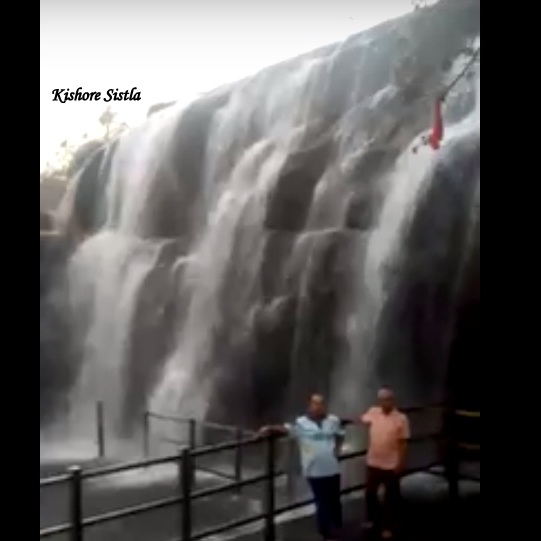 At this place we relaxed for a while in the lap of Mother Nature who offered us peace of mind. On our way back to Kanyakumari resort we visited Nagaraja temple in Nagercoil. Nagaraja - the King of Serpents is the main deity of the temple and the city got its name after this temple. The festival deities (utsav vigraha) were taken on a grand procession. It was almost past 10 p.m by the time we reached Kanyakumari. It was a tiresome day and we went to bed soon after reaching the resort.

Morning after refreshing ourselves we visited Kanyakumari temple and had the darshan of the goddess. We then left for Madurai by train and reached Hotel Moskva in Madurai. It was evening by the time we reached Madurai, so we just visited some local temples of Jagannath and Chakra Murugan (Karthikeya / Subramanya) temples and back to the hotel room.

The last day of our trip to Kerala and Tamil Nadu. In the morning we visited the temples of Koodal Azhagar temple (a 5th century CE temple dedicated to Lord Vishnu) and Pazhamudircholai Murugan temple - an ancient Subramanya temple located on a hill. From here we visited the famous Meenakshi Temple and started our journey to Rameswaram. 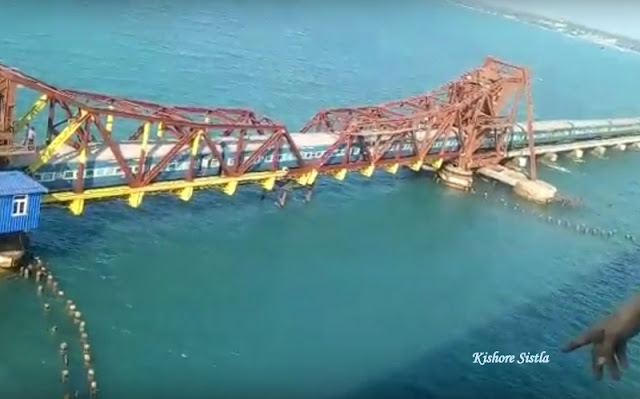 We had a halt on the road bridge for a breath-taking view of the 100-year old Indian Railway bridge on sea that connects the town of Rameswaram on Pamban Island in the Bay of Bengal sea to the mainland of India. 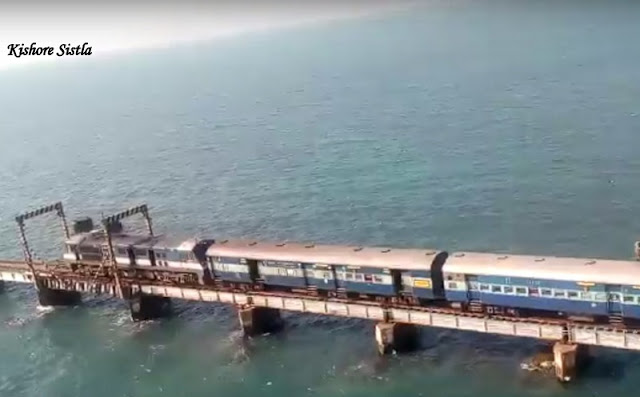 On reaching the small island town of Rameswaram, we visited the temple and had the darshan of Sri Ramalingeshwara. We then packed up for our return journey to Chennai and reached our hometown Vijayawada the next day morning.