Check Part 2 of the lesson.

Flowering plants are classified into 3 types:

Parts of a flowering plant

A flowering plant has two parts: 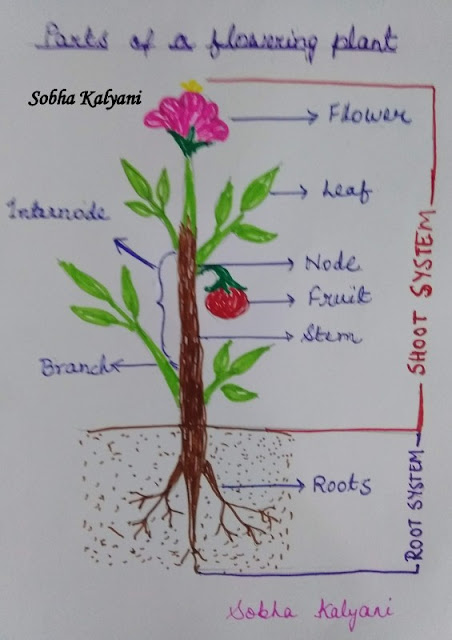 There are 2 types of root systems: 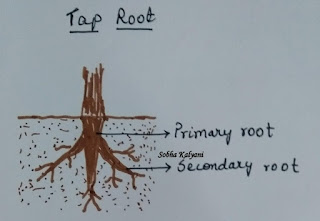 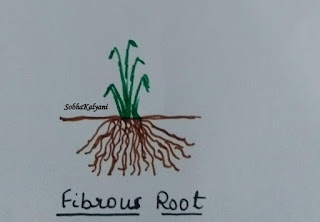 Roots are modified for performing additional functions like storage of food, giving additional support to plant and for respiration.

Modification of roots for storage of food


Modification of roots for additional support to the plant

Prop roots: Big trees like the banyan have heavy branches that bend down. Roots from these branches grow downwards and fix in the soil to give additional support to the plant. Such roots are called supporting roots / prop roots.

Modification of roots for respiration

The shoot system grows above the soil and consists of stem, branches, leaves, flowers and fruits.

Underground modification of stem for storage of food

There are 3 types of underground modified stems. These are:


Modification of stem for photosynthesis

In plants like cactus, the stem is green and fleshy. It contains chlorophyll and prepares food for the plant as the leaves in these plants are modified into spines. The stem also stores water for a long period due to scarcity of water.

Modification of stem into tendrils for support

In climbers like grapevine, the thin and weak stem gives rise to thin and coiled thread-like structures. These coiled structures are called tendrils which coil around the nearby objects and help the plant to climb.

Modification of stem for protection

In plants like rose and lemon, the auxillary bud is modified into sharp, hard and pointed structures called thorns which protect the plants from grazing animals.

A leaf is a flattened structure of a plant that arises from the node of the stem or branch. Leaves of different plants are different in shape and size.

Parts of a leaf

There are 2 types of leaves:

There are 3 types of leaves based on the arrangement: