- December 31, 2018
Field Museum of Natural History is located at 1400 South Lake Shore Drive in Chicago downtown area. It is a part of the scenic Museum Campus in Chicago which include the John G. Shedd Aquarium and Alder Planetarium. As it is located in the downtown, it is easily reachable by car, cabs, CTA bus or Metra train.

Chicago officially known as The City of Chicago is the most livable city particularly for Indians in the U.S. It is a multi-cultural city and is the 3rd most populous one in the U.S. The city is located in the Illinois state, on the southwestern shores of Lake Michigan. The steel-framed skyscrapers on the shoreline gives a magnificent look to the downtown area. 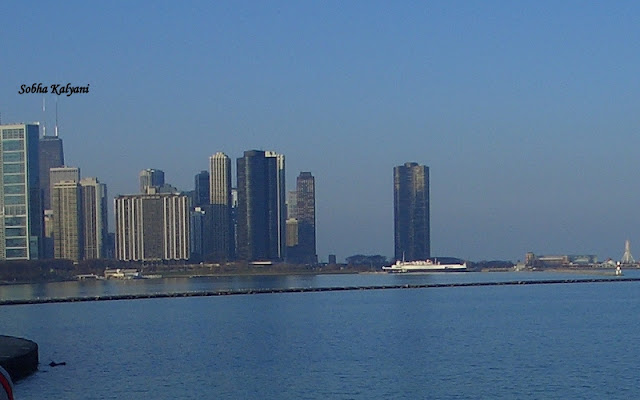 Chicago is popularly known as the Windy City and mostly the climate is unpredictable. The city experiences cold and snowy winters with much of snowfall and at times snowstorm / blizzard that occurred in February 2011 during our stay in Chicago.

Chicago is one of the most attractive cities in the U.S with many top attractions to visit. These include the Millennium Park, Shedd Aquarium, Navy Pier and the Hindu temples - BAPS Swami Narayan temple, Aurora Balaji temple and The Hindu temple of Greater Chicago. And of course the Devon Avenue particularly for the Indians which make them feel at home.

Field museum is one of the finest museums of Natural History in the U.S. which is one of the top tourist attractions of Chicago. During our stay in Chicago, we took the local Metra rail from Glenview (Milwaukee North Line) and reached Union Station. However, the closest Metra stop to the museum is Metra Electric District station at the Museum Campus / 11th street. 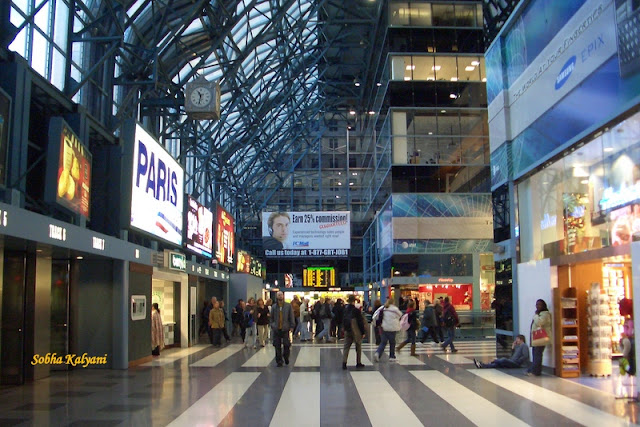 On walking out of the station the tall buildings / skyscrapers on either side of the road in the downtown give an awesome look. We visited the museum during winter, so roads gave a deserted look with hardly a couple of pedestrians on the road. 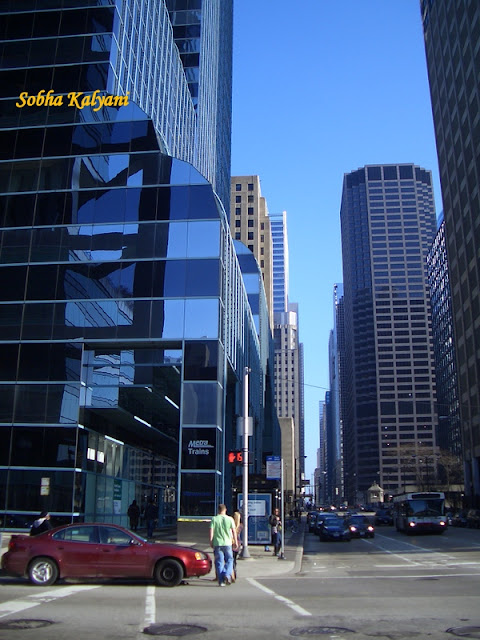 From Union Station we took a cab to Field Museum and reached the place within no time. The building is an imposing structure with the backdrop of clear sky. 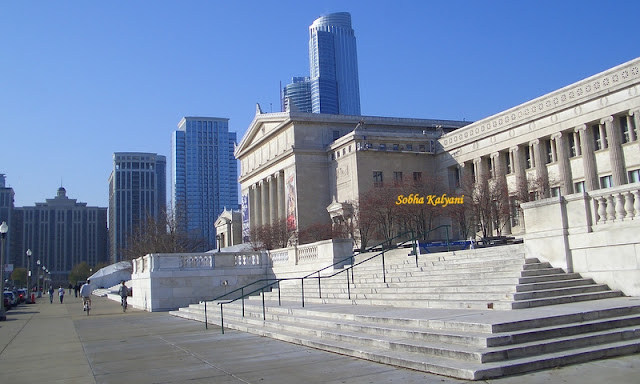 The museum is open on all the days of the year and remains closed only on Christmas Day. The timings of the museum are 9 a.m to 5 p.m and visitors are not allowed to enter inside after 4 p.m. The entry ticket price is 38 USD for adults and 27 USD for children between 3-11 years of age. And 33 USD for senior citizens.

On entering into the premises you can see two tall totems in the main entrance hall. 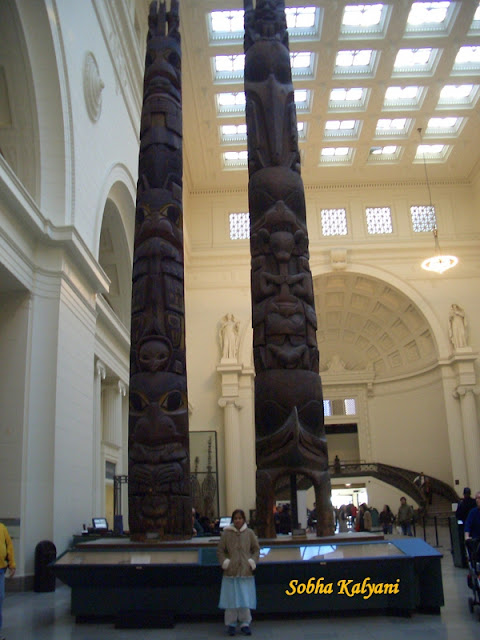 There are also two life size statues of African elephants 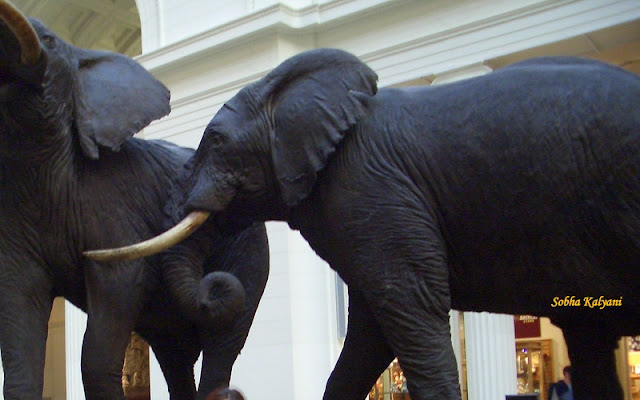 and the skeletal structure of a huge baby dinosaur. Here are the pics taken in the exhibits that we explored. I think in the Ancient Americas exhibit. 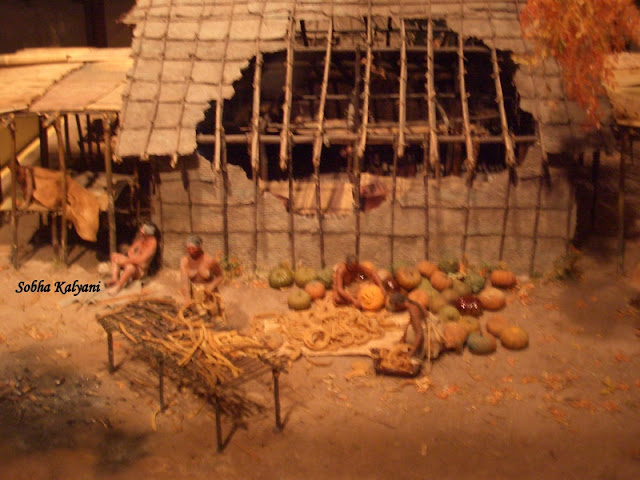 It was depicting the life of Red Indians in America and the tools used by them. 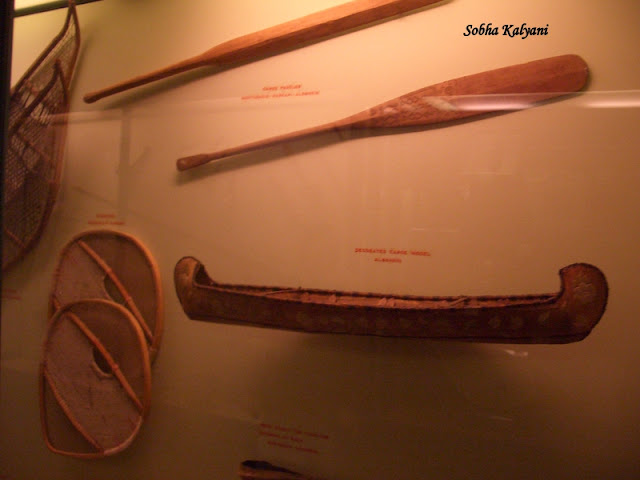 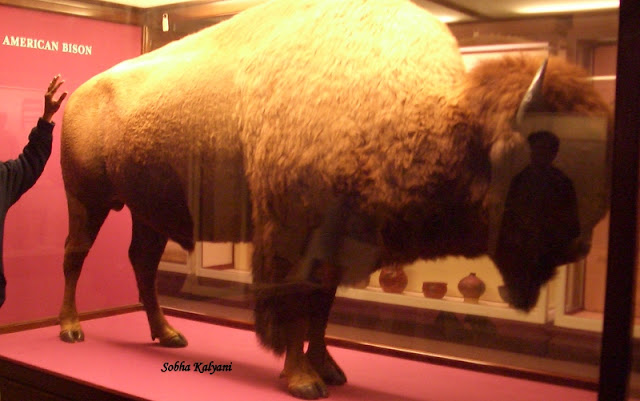 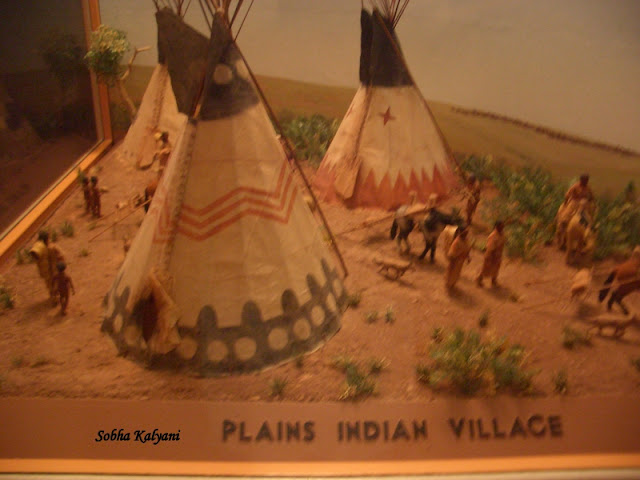 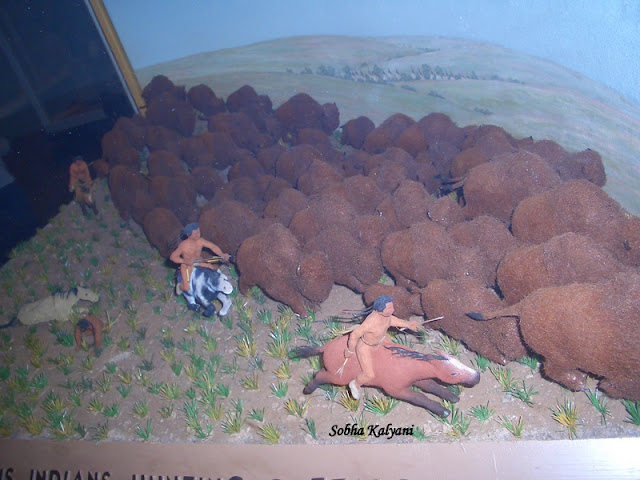 There are two restaurants in the museum, one in the ground level and the other in the main level. Traditional Indian vegetarians need to compromise with the food available here.

It was a memorable visit for us in Chicago and I am sure Indians and South Indians in particularly would surely like a visit to this museum.
Chicago Museums Tourist Places U.S.A