Tourist places in and around Tirupati

- October 02, 2018
Lord Venkateswara temple in Tirumala-Tirupati is world famous. The cities of Tirumala (uphill) and Tirupati (downhill) is heavy crowded with pilgrims through out the year irrespective of festive season.

The floating population to Tirumala-Tirupati mostly visit the temple of Lord Venkateswara to fulfill their vows. However, there are many interesting / important pilgrim places and tourist attractions in and around Tirupati. Most of these places are worth a visit. Here are some important places to visit: 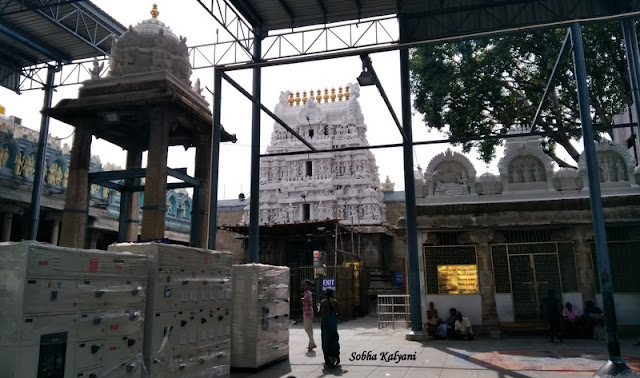 The ancient temple of Govinda Raja Swamy is at a walkable distance from Tirupati Railway Station. The temple entrance gate / gali gopuram is an imposing structure which is remarkable and there large spacious premises on entering inside. It is a temple complex with several small temples inside the premises.The temple opens at 5.00 a.m with Suprabhata Seva. 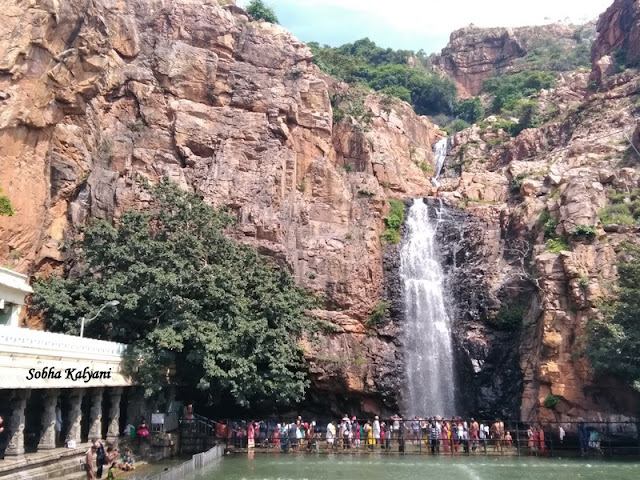 Kapila Teertham is one of the most visited teerthams by the Tirumala pilgrims. It is located at the foot hill of Tirumala. There is an ancient temple of Kapileswara Swamy (Lord Shiva). During monsoon, you can enjoy seeing the waterfalls from steep vertical rocky cliff and forms a large pond in front.

The small temple town of Kanipakam has become famous in the recent past. It is located on the banks of River Bahuda. Tirumala pilgrims mostly visit the temple of Lord Ganesha which is popularly known as Kanipakam Vinayaka temple. It is believed that the stone idol of Ganesha is a 'swayambhu' one i.e self-evolved' and the stone idol is increasing in size every year. However, there is no scientific proof for the same.

Ardhagiri also known as Arakonda is at a distance of around 75 Km from Tirupati. There is a small Hanuman (Anjaneya Swamy) temple atop the hill. Ardhagiri Veeranjaneya Swamy temple is one of the lesser known and less visited temples around Tirupati. Many pilgrims either don't know / haven't heard about the temple or don't find time to visit the temple. There is a small pond on the serene / less visited hill with a big statue of Lord Hanuman sitting in meditation posture. It is believed that while Lord Hanuman was carrying Sanjeevani mountain, a small piece of the mountain with the roots of Sanjeevani tree fell at this place. People believe that drinking the water of this pond would be effective in curing many bodily ailments. Due to this belief people visiting the place carry cans of the pond which is channelized and let out through pipes. This is a beautiful location with peaceful surroundings. And really one can get peace of mind at this place and hence people feel like sitting at this place for hours together.

Starts every hour from 6.00 a.m to 1.00 p.m from Srinivasam complex opposite APSRTC Central Bus Station, Tirupati. Every day 8 trips.
Starts once in 2 hours from Vishnu Nivasam, opposite Tirupati RS (Railway Station) from 6.00 a.m to 12.00 noon. Every day 4 trips in all.
The tour covers the temples of Govindaraju Swamy, Kodandarama Swamy, Mangapuram Padmavati, Agastyeswara Swamy at Thondavada, Kalyana Venkateswara Swamy at Srinivasa Mangapuram and Kapileswara Swamy at Kapilateertham.
The tour completes in 4 hours and the fare is Rs.100/- per pilgrim.

The tour completes in 8 hours and the fare is Rs.250/- per pilgrim.
Andhra Pradesh Divine Destinations Tirumala Tourist Places