Recollections of our road trip from Hyderabad to Jhira Narasimha Swamy Temple in Bidar, Karnataka

- September 16, 2018
It was in November 2008 when we (three families) went on a road trip from Hyderabad to Jhira Narasimha Swamy temple in Bidar, Karnataka via Zaheerabad. We started early in the morning in our own vehicles from Hyderabad for a pleasant and enjoyable ride. At around 7.30 a.m the men folk halted at a small roadside dhaba for refreshing themselves with a hot sip of tea. There are good number of dhabas / local chai / coffee and tiffin stalls all along the way.

Our road trip was via Sangareddy and Zaheerabad on the state highway. After driving for few hours we took a break at around 9 a.m after halting our vehicles on the road side. As we were riding on the state highway, we could see travelers taking halt on the roadside for a refreshment. There was open space beside the highway where we spread the table-clothes and had home-made puris with curry and tamarind rice / pulihora. 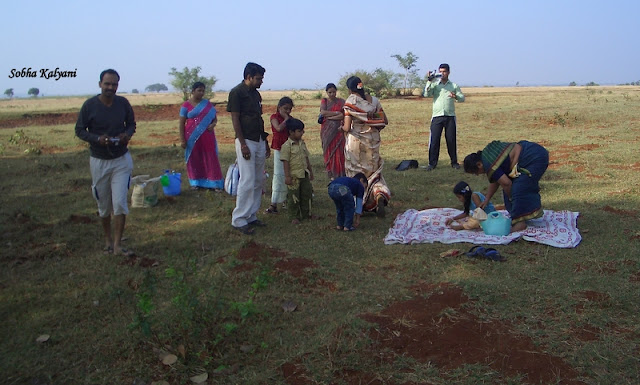 While driving on the state highway, we come across our ancestors i.e. monkeys moving / running on the roadsides. After we finished our breakfast, we were about to get into our vehicles when we were taken aback / shocked on seeing one big monkey lying on the roadside badly injured. We felt too sorry for the poor dumb creature but were helpless and could do anything except offering some water. We guessed that the reckless / rash driving of the vehicle could had been the cause for such a pathetic condition of the animal. The hips of the monkey was completely crushed and it was crying in pain and looked at us pathetically. We didn't know what to do but to pray god for the well being of the poor animal.

At that moment, I really cursed the person who was responsible for such a condition of the dumb creature. Isn't it the minimum responsibility of the drivers to drive a bit carefully on the highways, particularly when wild animals move around in the area which is their natural habitat?

It is around 4 hours drive from Hyderabad to Bidar. On reaching Bidar by around 10.30 a.m we straightaway proceeded to the water cave temple of Jhira Narasimha Swamy.

Uniqueness of the water cave temple

The temple is located in a picturesque valley with full of vegetation. Devotees need to walk down nearly 60 steps from the main entrance to reach the shrine of Lord Vinayaka i.e Ganesha. 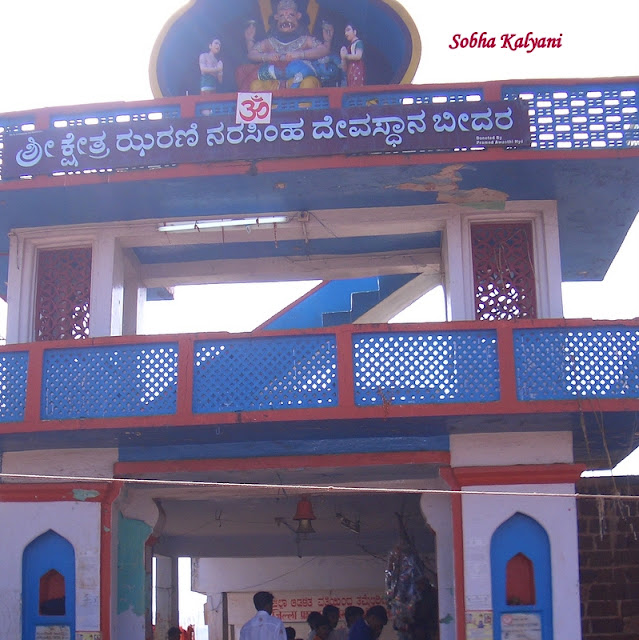 Daily the temple opens for devotees at 8.00 a.m. You can purchase Abhishekam tickets at the main entrance if you wish to perform ksheerabhishekam (pouring of milk) to the idol. You need not carry any milk but the temple people will get the milk for you.

It is a thrilling experience to wade through the water inside the cave particularly for those who  don't know swimming. They really tensed while wading. On reaching the end of the cave and devotees can have the darshan of the Moola Virat i.e the main idol of Lord Narasimha Swamy which is on rock cut idol on the rocky wall of the cave. 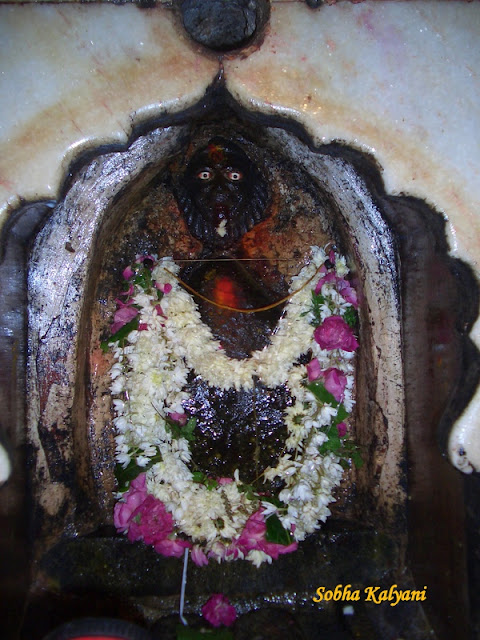 We were allowed to sit in front of the deity while the temple priest performed ksheerabhishekam and performed pooja. We waded back through the water current inside the cave and reached the starting point. It was in fact a thrilling experience wading through the water.

After wading back, devotees need to change their clothes as they become fully wet. Devotees need to carry an extra dress with them while they visit this cave temple. There are few local chai / snack vendor outside the temple, but one need to compromise with the cleanliness / hygiene in these places.

The unique water cave temple of Jheera Narasimha Swamy is worth a visit.

Route
Bidar is an important city in Karnataka and is well connected by road and rail to different parts of the country. Rajiv Gandhi International Airport in Hyderabad is the nearest airport. From Hyderabad, one has to take the road route via Zaheerabad.

Karnataka is a South Indian state with mild winters. It is good to go through out the year. However, it is not advisable to travel in extreme summer.

After darshan we had light food in one of the canteens and then visit the famous Gurudwara in Bidar which is popularly known as Gurudwara Nanak Jhira Sahib. It's very spacious inside. This is one of the popular tourist places in Bidar. 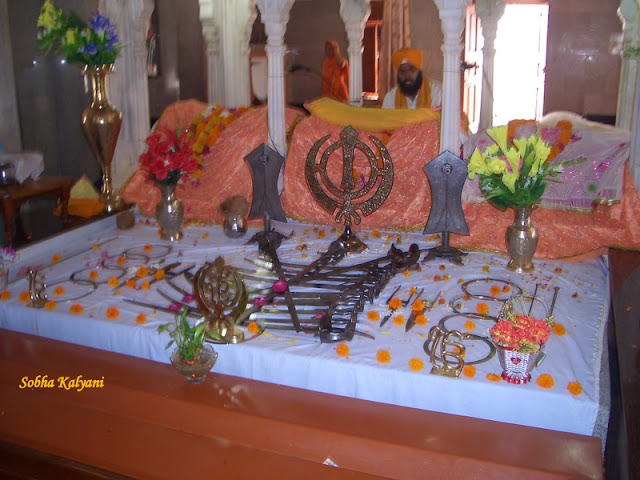 After spending some time in the divinely atmosphere we got into our vehicles at around 3 p.m and returned to Hyderabad by 7.30 p.m. The memories of our trip to this unique temple in Bidar is still fresh in my mind.