History comes to Life at Salar Jung Museum in Hyderabad

- May 18, 2018
A visit to the world famous Salar Jung Museum in Hyderabad takes you to the wonderful world of the Nawabs. Well, the museum needs no intro due to its popularity. However, I would like to give a briefing on it. 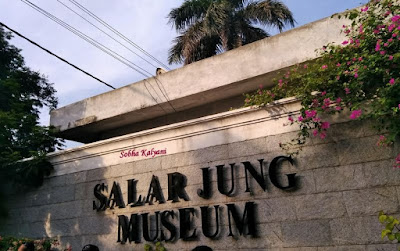 The museum is located in the old city area close to the High Court. There is transport facility both private and public, from the museum to different parts of the city. During weekends and on holidays / vacation period, the museum is heavily crowded with tourists. 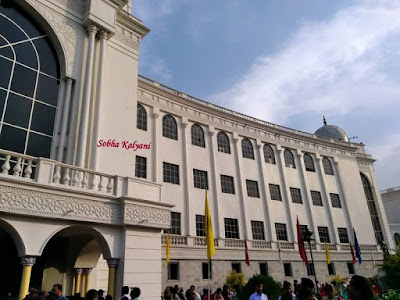 On entering inside the gate, you will awed on seeing the imposing semi-circular 2-storeyed building. There are three blocks in the building - the Central / Indian Block that has 27 galleries, Eastern Block has 4 galleries and Western Block has 7 galleries. Altogether there are 38 galleries in the museum.

There are tourist facilities like cloak room, washrooms at every stage and a Food Court operated by Telangana Tourism. 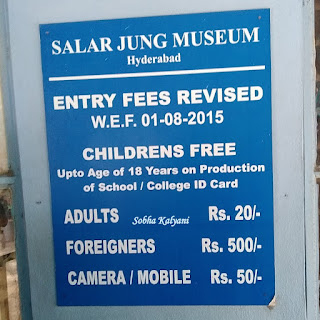 Entry fee is Rs.20/- per head for Indian citizens and Rs.500/- per head for foreign nationals. Entry is free for children / students under 18 years. Students need to show their school / college id cards, though not compulsory for students below 10 years. (subject to change)

Salar Jung Museum treasures the largest one-man collection of antique pieces from different parts of the world. The vast collection of rare and precious art pieces from across the world continued as a family tradition for three generations. Nawab Mir Yusuf Ali Khan popular as Salar Jung III contributed a major part for these collections.  The vast collection was treasured in around 700 rooms in 'Dewan-Deodi' which is the ancestral palace of the Salar Jungs and were also scattered in different palaces of Salar Jung III. 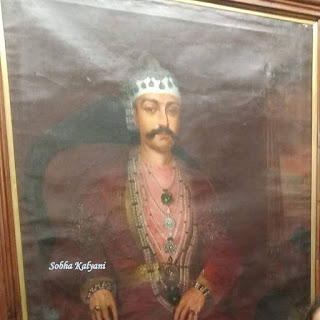 In view of immortalizing the name of Salar Jung III, the museum was established and was opened to public in December 1951. The present building lies on the southern bank on Musi River and the collections were transferred from Dewan Deodi to this building in 1968.

Main Attraction of the museum

The historical Musical Clock is one of the main attractions of the museum. The antique clock was acquired by Salar Jung III. The clock has a mechanism by which a tiny toy figure (beard man) comes out from an enclosure a couple of minutes before every hour. And exactly before a couple of seconds a melodious chiming heard. And exactly at the 60th minute the toy figure strikes the gong (bell) and gets back into the enclosure. The number of strikes depends on the hour. The clock is placed on a table in front of a big open space in the Central Hall. There are rows of chairs which get filled half-an-hour before every hour. This place is heavily crowded at 12 noon as the visitors can see the toy figure stays for a longer period and strikes 12 times on the gong. As soon as the puny figure get backs into the enclosure after striking the gong, the excited crowd makes a huge applause with shouts and screams.

In the gallery behind this musical clock, there is the enchanting marble statue of 'Veiled Rebecca' acquired by Salar Jung I from Rome in 1876. 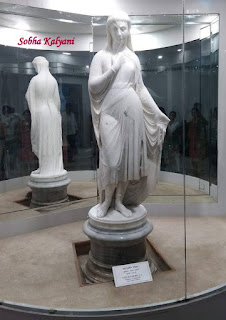 The Japanese and Chinese collection in the Eastern Block 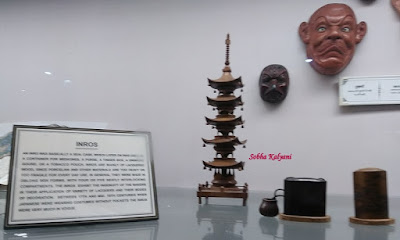 A look at the arms and armaments of the past in the specified gallery. Swords and shields can be seen in the below picture. 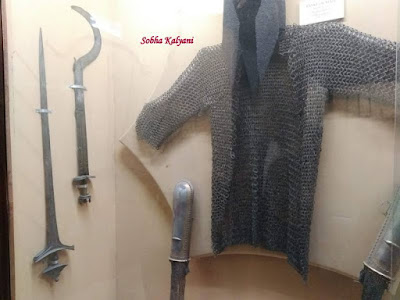 And a good collection of pistols and revolvers. 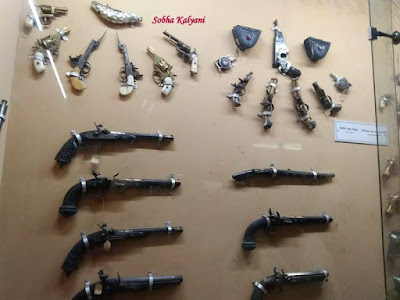 In the below picture you can see an old musician completely made of paper. It's looks so lively with the wrinkles and broken teeth. 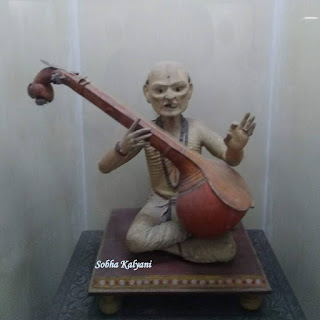 A visit to the world famous Salar Jung Museum is a really enjoyable. Each and every piece of collection is awesome. You can't stop yourself from appreciating the vast collection of antiques. The museum is well maintained in a clean ambiance.
Hyderabad Telangana Tourist Places