Sakhi Gopal - A lesser known temple near Puri in Odisha

- May 17, 2018
Sakshi Gopal temple popularly known as Sakhi Gopal temple by the local people is one of the sacred pilgrim places in Odisha. The temple is situated in a small village named Satyabadi which is located between Bhubaneswar and Puri. It is at a distance of nearly 20 Km to north of Puri on the way to Bhubaneswar en route Pipli. The temple is at a distance of 5 minutes drive on the right turn of the main road.b 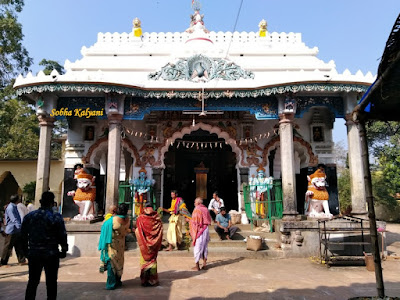 The temple is not as heavily crowded as Puri Jagannath temple. Many pilgrims to Puri, do not visit Sakhi Gopal temple. It's a small temple with a 'dhwaja stambha' at the entrance. 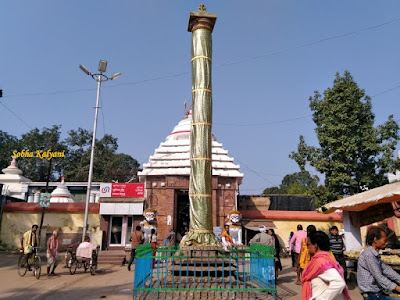 Devotees / pilgrims can directly enter the sanctum sanctoram and touch the feet of the deity of Sakhi Gopal. The Sanskrit word 'Sakshi' means 'witness' and Gopala is one of the names of Lord Krishna.

As Lord Jagannath (i.e Lord Krishna) walks down along with one of His devotees to give witness, this deity is named as 'Sakshi Gopala' which eventually became 'Sakhi Gopal'.

The Story of Sakhi Gopal

There is a legendary story in connection with the temple. According to the story, an elderly person named Raghav goes on a pilgrimage to the temple town. He was quarantined as he gets smallpox. But one of his village lads named Mahindra serves him day and night till Raghav gets cured.

Pleased with his services, Raghav promises Mahindra to offer his only daughter Vasanti as his wife. After Raghav was back to normal life, he forgets about his promise and was ready to marry his daughter to a wealthy widower in the village.

Mahindra gets disappointed as Raghav refuses to marry his daughter with Mahindra. So he approaches the Panchayat where he was asked for a witness. Mahindra becomes sad and says that there is no one except for Gopal who is the witness for the promise made by Raghav.

The Panchayat makes fun of him, gives him a week's time and asks him to get the witness. Mahindra, who has full faith in Gopala, requests Him to come as a witness (Sakshi). Gopala agrees to follow Mahindra on one condition. He asks Mahindra to walk listening to the tingling sound of His (Gopala's) anklets and not to look back till he reaches his village.

As Mahindra was about to reach his village, the tingling sound stops. The curious Mahindra turns back and Lo! finds the stone idol of Gopala. He repents for not having faith in the Lord but of no use.

A temple was built at the place and thus 'Gopala' came to be known as 'Sakhi Gopal'.

The temple opens for devotees at 6:00 a.m and closes at 9:00 p.m. It may remain closed in the afternoon depending on the crowd of pilgrims to the temple.

Travelers / pilgrims from other states beware of the cleanliness and hygiene at the pilgrim places in Odisha. The surroundings are too unhygienic and unfortunately the local people are unaware of the importance of health and hygiene. The local people are too orthodox and blame the visitors who refuse to take the 'prasad' (food offering of god) which gets infected with too many houseflies.

It would be really nice if the local people are made aware of the importance of improvising the hygienic conditions of the place either by the by the volunteers of local / international NGOs.
Divine Destinations Odisha Puri